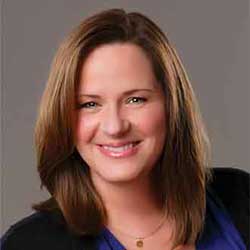 Suzanne worked in the accounting industry and moved to Kentucky in 1995. In 1996 she began her legal career with the Davidson Law firm in Lexington, Kentucky. Since that time, she has practiced almost exclusively in the area of domestic relations with a focused interest on complex financial cases.

Suzanne is trained in Collaborative Law, an alternate form of dispute resolution. Suzanne has been a speaker for continuing education seminars and has co-authored two chapters, Contested Divorce (Chapter 5) and Separation Agreement (Chapter 6) in the First Edition of Kentucky Domestic Relations Practice published by the University of Kentucky Office of Continuing Legal Education (2006).

Suzanne is married to Jeff Baumgardner, who works for the Lexington-Fayette Urban County Government. They are the proud parents of a daughter, Rachel. They make their home in Lexington with their lovable dog, Buster.